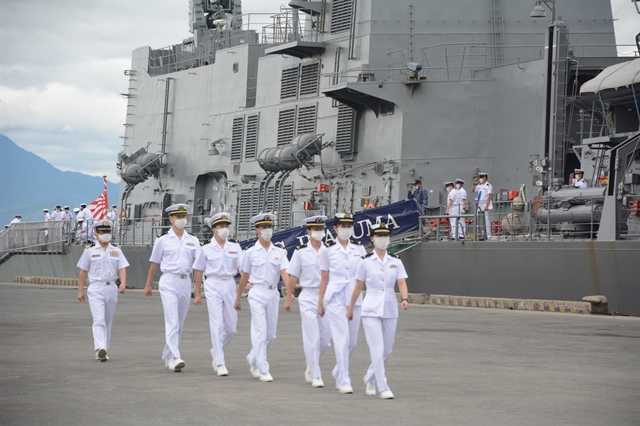 ĐÀ NẴNG — The Hatakaze and Inazuma vessels of the coaching squadron of the Japan Maritime Self-Defence Pressure arrived at Tiên Sa Port on Thursday morning, starting a go to to the central metropolis of Đà Nẵng.

The ships with practically 480 officers and sailors on board have been welcomed by representatives of the municipal Division of Exterior Affairs, the Naval Area 3 Command, the Army Area 5 Command, the border guard and army instructions of Đà Nẵng, and the Exterior Relations Division of the Ministry of Nationwide Defence.

Colonel II Masaaki, commander of coaching vessel unit No. 1, mentioned the go to was to advertise exchanges and mutual understanding between the Việt Nam Folks’s Navy and the Japan Maritime Self-Defence Pressure, in addition to defence cooperation between the 2 international locations.

Through the three-day journey, the pinnacle of the Japanese delegation pays courtesy calls to leaders of Đà Nẵng Metropolis and the Naval Area 3 Command through videoconference. — VNS 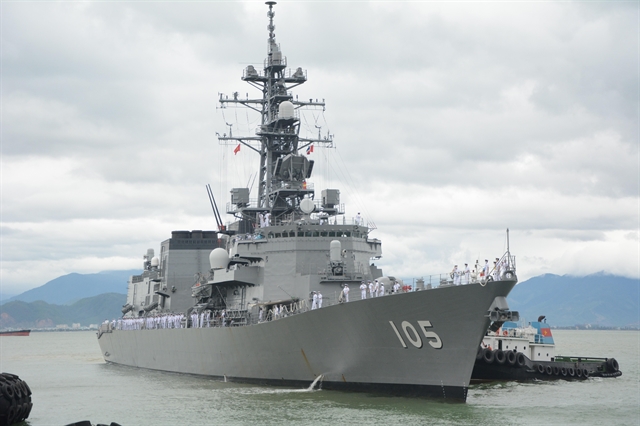